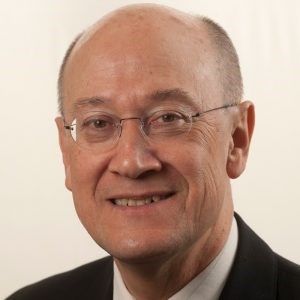 A seasoned Dutch diplomat, Peter van Leeuwen is at present (2019) active with international strategic and management consultancy, in different fields, especially in the Middle East and Central Asia. He holds several Board positions. He retired as ambassador from the Dutch Foreign Service in 2014.
His expertise includes energy, economy and commerce, politics, development cooperation, democratisation and human rights.

He started his career as company lawyer with a steel multinational in The Netherlands (1973) and worked thereafter in the legal field and on national legislation in Surinam and Indonesia, before he joined the MFA of The Netherlands in 1980. At the Ministry he was deputy Head of the Aliens department (asylum, visa, minority policy,human rights).
Subsequently he served as a diplomat in different countries from 1986.

As ambassador in Baghdad (2009-2011) and acting Consul General in Erbil (July/August 2014, when Isis attacked Kurdistan) he was in the midst of the “Arab Spring” and its sequel.
He was Special Representative for Energy Security of the Ministry of Foreign Affairs (2006 – 2009), and had to deal with a variety of bilateral and multilateral energy policy matters.
Ambassador to Kazakhstan (2002-2006 in Almaty and 2011-2013 in Astana), also covering Kyrgyzstan and Tajikistan. The social and economic evolution of this post-Soviet important Central Asian state/region provided in depth expertise with the challenges of democratisation, human rights and social equality.
Ambassador to Côte d’Ivoire (1998-2002) also covering Liberia, Guinea, Cameroun, Equatorial Guinea, Gabon and Sierra Leone. Political and economic developments in West Africa are both stagnant and dynamic, and require intense attention.
Consul-General in Frankfurt am Main (1994-1998: Establishment of the European Central Bank and the European Monetary Union). Monetary policy and commerce, while the “unification” of Germany played (plays) an important background role, also in social/economic relations.
Economic/Commercial Counsellor at the Embassy in Beijing (1990-1994), when the economic emergence and “opening up to the outside world” took off in China, while he started his diplomatic career as Deputy Head of Mission in The Philippines (1986-1990), right after the Marcos era in this fledgling democracy, supported by the Netherlands and the EU.