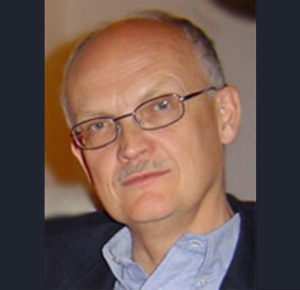 Such as a series on “Legal tradition of the world”, with experts in Islamic and Grothian law. Dr. Henningsson was an initiator of the educational programme “The image of Islam and Muslims in school textbooks”, co-ordinated by UNESCO in collaboration with, among others, the Council of Europe, Isesco, Alecso and the League of Arab States.

He was active in the launching of the UNFPA Forum with Faith-Based Organizations, 2008, and the High-Level Dialogue on the Culture of Peace, UNGA, the same year, as well as many other UN and EU events, e g the Human Rights Dialogue between Indonesia and the EU, Jakarta 2011.

From 2008 to 2015, Dr. Henningsson was Senior Advisor at the Swedish Ministry for Foreign Affairs, Division for the Middle East and North Africa, responsible for Intercultural/Interfaith Dialogue, relations with the OIC, the Muslim World League, and other Islamic networks and institutions. From 2008 until his retirement in August 2015, Dr. Henningsson was Sweden’s Focal Point in the UN Alliance of Civilizations. He represented the Foreign Ministry on the interdepartmental commission on “Combating Violent Extremism”, and addressed global conferences on this theme (e g in Oslo and Yogyakarta). After his formal retirement, Dr Henningsson advised the Ministry of Culture on issues of Islamophobia and interreligious relations. The short bibliography below (only select titles in English) indicates his main areas of interest – academic as well as operational.

A selection of his publications (in English) include:
Egyptian Responses to Khomeini, in “The Middle East Viewed from the North –
Papers from the First Nordic Conference on Middle Eastern Studies”, ed Utas/Vikör, 1989

“Towards an interreligious understanding of Hikmah”, published in the journal Islam and Christian-Muslim Relations, 1994, vol 5:2. Selly Oak, Birmingham

Contemporary Understanding of Human Rights in Islam, in the “Bulletin of the Henry Martyn Institute”, Hyderabad, 1995

Competing cultures of knowledge and the battle for rationality,
Paper/Lecture at the Unesco Forum, Paris, December 2004

”Where is the wisdom we have lost in knowledge?” – Aspects of the Modern Faith – Science debate, Paper/Lecture at King Faysal Foundation, Riyadh, 2007-05-06

Religion and civil society – some reflections from a MENA perspective,
Lecture at the Sida NGO seminar, Alexandria 2007-09-26

The role of Human Rights in different cultures, Paper/Lecture at the High-Level Dialogue, UN Council on Human Rights, Geneva, 2008-03-18

The Role of Interfaith and Intercultural Dialogue in promoting the UNFPA agenda
Paper for the UNFPA Forum in Cairo, 2008-07-22

Neither East, nor West – reflections on epistemic cultures, religion, and science, Lecture at the European Research Conference in Lund, 2009-07-08

Striking Human Bridges – ten years of Euro-Arab dialogues in Alexandria, 2010,
a book celebrating the 10th anniversary of the Swedish Institute in Alexandria

Religion and Development – an Interfaith Perspective, concluding section of the UNAoC report “Bridging the divide in the field of humanitarianism and development”, New York 2012