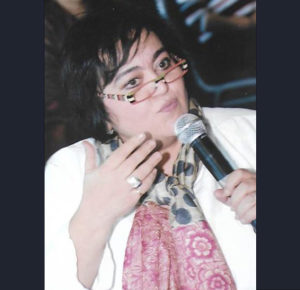 Guissou Jahangiri is a human rights defender and a cultural activist currently serving as a vice president of the International Federation for Human Rights (FIDH). She is co-founder and executive director of OPEN ASIA/Armanshahr, through which she launched the international Simorgh Peace Prize in 2009 and co-founded the International Women’s Film Festival – Herat of which she is co-president. Jahangiri spent 5 years in Tajikistan during the civil war as a researcher with Human Rights Watch and the acting head of the UN Office for Coordination of Humanitarian Affairs. She previously worked as a journalist for 15 years for the French Courrier International covering Iran, Afghanistan, and Central Asia. Jahangiri studied international relations and political sociology specializing in war, women’s rights and post-Soviet Muslim republics at the American University and the Ecole des Hautes Etudes en Sciences Sociales, completing her Diplome d’Etudes Approfondies (DEA) in Strategic Studies.