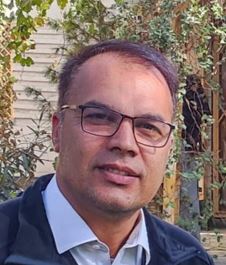 Abdul Jalal is an Afghan national, a public policy professional, and a JJ/WBGSP Scholar. He is holding a Master’s degree in International Public Policy (IPP), a second Master’s degree in International Relations (IR) and has held an internship position at the U.N University in Yokohama, Japan. In December 2017 he took a specialized course in IR & Cultural Diplomacy at the Academy for cultural diplomacy in Berlin, Germany. He has spent half of his life in camps as a refugee in Pakistan. In 2003, he returned to Afghanistan to contribute to the reconstruction and development process of his war-torn country. He has been serving for 15 years in public and NGOs sector and leaded key executive and advisory positions. He contributed to community development, education, governance, and democratization in Afghanistan. He has worked for the Afghan Government, the United Nations’ Assistance Mission in Afghanistan, USAID, various World Bank-funded programs, International NGOs, global companies, and European diplomatic missions in Afghanistan. Currently, he is working for REACH, Afghanistan.

Several of his articles have been published in local languages in the local newspapers. He is an advisory board member of two national and international organizations. Additionally, he is contributing to an NGO in Kabul that is providing education to students in Kabul.