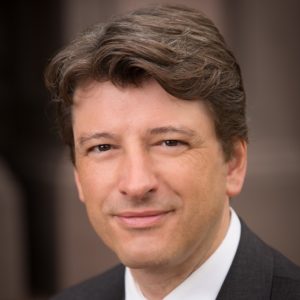 Alexander Verbeek is a Dutch environmentalist, public speaker, moderator, diplomat, and former strategic policy advisor at the Netherlands Ministry of Foreign Affairs. Over the past 28 years, he has worked on international security, humanitarian and geopolitical risk issues, and the linkage to the earth’s accelerating environmental crisis.

He created the Planetary Security Initiative, held at The Hague’s Peace Palace, where representatives from 75 countries meet annually on the climate change-security relationship. Currently, he works as an expert speaker and advisor on planetary change to academia, global NGO’s, private firms, and international organisations.

Alexander is recognised online as an influential leader to follow on climate change. As of early 2018, his online following is more than 200,000, mainly through his Twitter sites @alex_verbeek, which has 175,000 followers, and @Planetary_sec. He also actively engages followers through other social media platforms such as Instagram, Medium and LinkedIn, produces his website blogs and writes environmental essays.

Alexander is an associate at the Stockholm Environment Institute (SEI) and the Stockholm International Water Institute (SIWI). He recently founded the Netherlands based, Institute for Planetary Security where he directs projects related to the geopolitical impacts of the changing climate, water, food, energy, economic and demographic conditions.

In 2014 he became a World Fellow at Yale University. Alexander is an Associate Fellow at the Geneva Centre for Security Policy, a Fellow of the Royal Society of Arts and a Visiting Fellow in the Peace and Conflict Department of Uppsala University in Sweden. He is on the board of advisors of several international environmental initiatives.